Tetherball is a game for two, the goal of which is to get the ball hanging on the rope completely around the post. The game begins with one player hitting the ball as hard as possible to roll around the post. The other player must hit the ball in the opposite direction to unroll it again from the post. It is the second player's turn once the first player has somehow touched the ball, the quality of the touch does not matter, a poor touch is best chance for the other player to win the game. 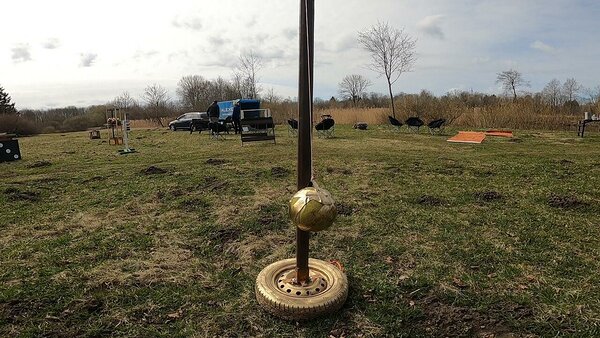 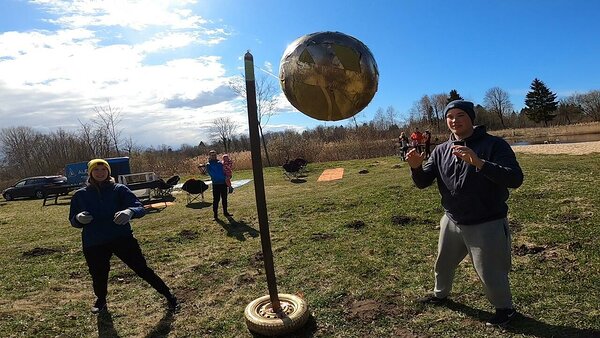